“Luke13:34 Jerusalem, Jerusalem, the city that kills the prophets and stones those who have been sent to her! How often I wanted to gather your children together, just as a hen gathers her young under her wings, and you were unwilling!” (NASB) In teaching, it is necessary to bring stories that will help people understand […] 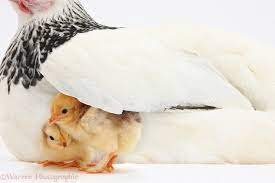 “Luke13:34 Jerusalem, Jerusalem, the city that kills the prophets and stones those who have been sent to her! How often I wanted to gather your children together, just as a hen gathers her young under her wings, and you were unwilling!” (NASB)

In teaching, it is necessary to bring stories that will help people understand what point the teacher is trying to make. Jesus used the analogy of a hen to show the mindset of some people who were trying to kill Him. Stories help people understand better a point made, for it presents a picture in the mind. There have been times that I can’t remember a lesson taught, but I remember the stories that were said. In the same manner, Jesus was using the story of the city of Jerusalem as an example of a city that didn’t receive the word of God well. They tried to kill the prophets that God had sent – prophets like Micah, Isaiah, Jeremiah and Ezekiel. Now Jerusalem was about to receive the greatest prophet that God had ever sent and His fate would be no different. The purpose of this story is to show that God always is willing to protect us, He always is ready to defend us, but our unwillingness to be under His wing will leave us vulnerable to Satan’s influence and deceptions, which will harm our souls. Do not resist God’s love, do not be a rebellious child; let God bring you under His wings.

And he said, "Naked I came from my mother's womb, and naked shall I return. The LORD gave, and the LORD has taken away; blessed be the name of the LORD." (Job 1:21 ESV) Those words spoken by Job need to be pondered by all of us. We came into this world with nothing...
Read More

Some Wisdom for the Day

When the righteous increase, the people rejoice, but when the wicked rule, the people groan. (Prov. 29:2 ESV) One's pride will bring him low, but he who is lowly in spirit will obtain honor. (Prov. 29:23 ESV) Scoffers set a city aflame, but the wise turn away wrath....
Read More

In Christ we have every spiritual blessing heaven has to offer. It was God’s choice even before he created the world to choose those who are in Christ to be his chosen people. In Christ we are considered holy and blameless before God. In Christ we are adopted as God’s...
Read More

It may have been about 2005 when we moved into our current subdivision. Our house was one of the first houses built in our area of the subdivision. I’m not trying to offer that as an excuse for what happened, but then again, I may be. Entering our subdivision the...
Read More

Out With the Old, In With the New

A common slogan as we bring to an end the current year and look with anticipation to the coming new year. A slogan good for the passing of a year that is ending, but not good for everything. There is no “new” word of God. There is the word of God. That word is still...
Read More

Some Things Change, Some Don’t

We headed South to spend a couple of days with our vacationing grandchildren and their parents. On the way, our GPS kept giving me directions toward our destination. It kept saying, “Go toward Mobile”. It kept pronouncing it “Mo-bull” instead of “Mo-bill”. I wondered...
Read More

What are your habits of life? How would your family describe your customs? Twice in the New Testament the phrase is used, “as was his custom,” in reference to Jesus. In Mark 10:1 it is used to refer to his custom of teaching the people. In Luke 4:16, his going to the...
Read More

From time to time I will see trucks with a “Follow Me” sign on their tailgate. As a matter of fact, I followed one just last week who was directing traffic around the construction of a new bridge in our area. I understood where he was leading me. When I see a truck...
Read More

The Bible is a vast treasure chest of truth. It is ours for the digging and the searching. Not just in every book or chapter. But in every verse and word of each verse. Consider this verse: Afterward He appeared to the eleven themselves as they were reclining at the...
Read More